The hotels are located in the Fenals neighborhood, south of Lloret de Mar. We use 4 **** hotels and all very centrally located, within walking distance to shopping, cafes and a "stone's throw" from the beach. We have chosen to use Fenals because it is the closest, most beautiful spot with a good connection to Granollers. It is also the first beautiful location on the Costa Brava north of Barcelona.

The idea is that you can enjoy a nice vacation before and during the tournament with your team and families. The package contains 6 nights, with the possibility to add more nights for 69 EURO per night per person. Young family members and parents often participate and are as important to us as those who play. A training session is included in the price, and you can also play friendly games before the tournament. We can also organise trips to Barcelona, and shopping trips to any of the shopping malls in the area. There are plenty of other activities in Lloret de Mar, like the water park, Water World, mini-golf, go-karts, climbing park, sailing trips, etc...

The handball tournament in Granollers has become a great event and is widely known. The Catalan city of Granollers, located 30 min north of Barcelona, is also where the handball World Cup was held in 2013, and the 1992 Olympic games. Most teams will play at least one game in the main arena where the Olympic and World Cup games were played. The tournament begins on Thursday, lasts for 4 days, finals on Sunday. The cup was first organised in 1998 by the handball club "BM Granollers", which is one of the top 3 Spanish clubs. Age categories are from U12 to U21 and come from all over the world. There are more than 18 countries represented and approximately 350 teams every year. The games are 2 x15 min and the groups consist of 6 teams. You play 4 or 5 matches during the first three days.

The package includes transfer to and from the airport and to the tournament for your group. Your group will be provided a transfer every day to take you to the tournament and drop you off at the hall where you play. We pick you up after your game and bring you back to Lloret or take you to the next game and hall. The buses are very modern and comfortable, and the trip from Lloret to Granollers is a perfect time for the managers to talk to the group. All buses have air-con, microphone, reclining seats, and seat belts.

The hotels are all 4 star and centrally located for shopping, eating, and visiting the beach. Food is served in big buffets with a big variety of fish, meat, vegetables and salads. There is also show cooking, where the chef prepares fresh food. All hotels have a bar/cafe and own swimming pool with large outdoor areas.

The closest airport is just south of Barcelona, Josep Tarradellas Barcelona-El Prat Airport, 60 min by bus to the hotel.

The trip was well organised all the way through. Very flexible set-up. No issues regarding changes (due to weather etc.) as we went along. Guide was great and always present.

For those going to Spain to do sports, we would definitely recommend SpainActive. We hope SpainActive makes their own tournament one day.

The trip was well organised all the way through. Very flexible set-up. No issues regarding changes (due to weather etc.) as we went along. Guide was great and always present.

SpainActive is fantastic at organising. Helpful. You offer us a concept that makes the trip an unforgettable experience for players and leaders. 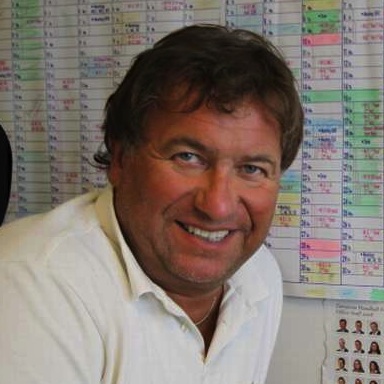 Professional from A to Z. Great service oriented guides.

Well organized with professional guides who did everything to make sure we got a great handball experience. Certainly a strong recommendation to others.

This was on track from beginning to end.

SpainActive was very easy to collaborate with. Flexible and friendly. We have had a great stay here in Lloret de Mar. The boys had a great time

From when we were picked up at the airport and until we were returned, SpainActive delivered a fantastic service. Their guides were always around us and helped us stay on track. SpainActive was a strong contributor to the fact that players, coaches and parents had a fantastic trip. Can really recommend using SpainActive for all teams going to the Granollers Cup.

The cup was a great choice for us as coaches. Bonus with buses that drove us from door to door and from game to game. Clear information and superb service from guides who helped us. Location and quality of hotel and food was top.

It has been a VIP service from the first contact. SpainActive has been very helpful. We are particularly grateful and impressed with the follow-up of our player who was sent to hospital. Complete service all the way through.

We have had an awesome stay with you again. Good hotel with great service and very good food. SpainActive took great care of us during the handball World Cup and training camp with Sandefjord.

We would definitely recommend other teams to travel with SpainActive. Well organised, helpful and, not least, very nice guides. The hotel was ideal for us. Great pool area, basketball court, soccer field, handball court. Good experience.

Lommedalen was delighted with the whole arrangement. SpainActive was on top of it. Great staff and awesome trip.

Yes, we will of course recommend SpainActive to other teams. The crew is professional and everything is tailor made. Could not have been better. Good communication in advance and during our stay.

For us, it's obvious to recommend SpainActive. Well done. We all felt we were in the best hands. In addition, we also had time for some vacation.

Thank you very much from Høybråten and Stovner! We had a wonderful week in Lloret de Mar and Granollers. The activities, information and service from SpainActive was amazing! We highly recommend SpainActive as a Tour Operator!

What a performance :-) You deliver in every way. We are very pleased with SpainActive and the way we have been handled. Both before and during the cup. We had a wonderful week in Lloret De Mar, where the feedback from the group has been very positive. The way SpainActive organised everything and the support was excellent. Very nice SpainActive guides who were easy to talk to and friendly. We did not meet any complications at all and everything was smooth. The cup itself was also impressive. We will definitely choose SpainActive next time, as it was a very positive experience to travel with you.

We recommend SpainActive. 100% satisfied. Short distance to hall and gym. Everything was top notch.

Trine Haltvik, an icon in the history of Norwegian Handball History Toppidrett Telemark 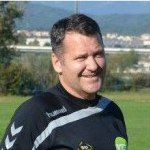 Tor Thodesen, uefa pro license, coach-Coach of the Year in the Tippeligaen 2006 - Re The Sports Line

SpainActive has been the perfect organiser for us . All the guides has followed us up in a great fashion. Everything has been well planned and thought through. .They obviously know the area very well too. Feedback from the participants is unanimously positive : we are impressed with SpainActive and their set-up. Will recommend this to other groups.

The experience with SpainActive was fantastic ! Recommendations. Super info before the trip, quick and detailed answers to questions as well as sympathetic and helpful guides during the trip ! Excellent follow up from SpainActives team. Good quality buses coming on time. No waiting. Good hotel.

Great experience for everybody. Players, coaches and others. Great sport event. We recommend SpainActive !!! 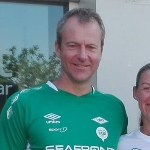 Very professional all the way through. Amazingly well organised. FULL backup on everything. SpainActive has no competition if we decide to repeat this kind of trip !